Due to the overwhelming response I received about the series on the Mount Vernon Industrial Development Agency (MVIDA) and the irresponsible PILOT (payment-in-lieu-of-taxes) programs, I am going to continue the topic to address a few more items we didn’t get a chance to spend much time on.

To briefly summarize, in the IDA series we attempted to give an overview of “economic development” in general, including all the ways that cities and governments can attract new investors to their area (e.g., new factories, new stores, new jobs, etc.). We walked through the Industrial Development Agencies and the extremely broad powers they have on a city-by-city basis, using taxpayer dollars, to attract these new investors. We also examined how bad decision-making can end up costing a city far more than it ever receives in benefit from the new developments. Finally, we outlined what I call “Responsible Development,” a blueprint for getting the MVIDA back on track and to end the gravy train for politically-connected “takers” to steal from future generations of Mount Vernon citizens.

Some readers asked me if I could give them some specific examples, so they can see how damaging these PILOTs can be. For the sake of simplicity, we’ll address one example, but understand that there are a number of these all being pushed through at the same time, so the effects are magnified. This is why it is vital that the MVIDA really spend the time needed to assess the cost-benefit analysis for these types of projects. They also need to be transparent in their findings because the potential decades-long property tax breaks for these developments are devastating to the City’s bottom line.

Let’s just deal with The Enclave, a 179-unit “market rate” residential PILOT development on MacQuesten Parkway in Fleetwood. This development received a 40-year property tax abatement, costing the City approximately $40 million in tax revenue. So, before a single brick is laid, the City is already out-of-pocket $40 million. I guess it’s not surprising that they were big contributors to Mayor Thomas’ campaign. To recoup $40 million, that development had better generate a ton of jobs in Mount Vernon or provide homes for people who will spend their money in the city. Is that what is going to happen? Not hardly. At best, the developers estimate it will create only 15 full-time jobs, probably low-paying custodial positions. So much for long-term benefit. We’re not going to get our $40 million back here.

Built right near the train station, The Enclave is designed as a “transit-oriented development.” That’s code, by the way, for apartments for people who work and spend most of their time somewhere else. These units are not designed to replace single-family homes, not designed for current residents, and they’re not designed to bring people into the fabric of our community. Instead, they’re designed for moderate-income (i.e., just above minimum wage) workers to lay their head until they go back to New York City in the morning, until they’ve saved enough money to find a bigger place in another city. Maybe these folks will spend some money in Mount Vernon, but more likely, they’ll spend it somewhere else. Either way, they’re not going to come close to spending enough to justify the $40 million gift the City gave to The Enclave’s developers. Do the math. Mount Vernon receives about 4% sales tax on money spent in our city. To recoup $40 million, that requires spending of $1 BILLION by the residents of this development alone over the 40-year PILOT. Each unit in The Enclave would have to spend about $140,000 per year, every year local stores in Mount Vernon for the City just to break even, roughly $12,000 per month. You know as well as I do that’s never going to happen.

Once built, we have to provide police, fire, sewer, and education services to this development. The Enclave’s developers, amazingly, have stated that they expect no more than 6 school-age children to live there. That is just an insane statement, one that no one in their right mind should believe. Yet, the MVIDA bought it and awarded them a PILOT just the same. There are going to be tons of kids in these apartments over the next 40 years, taking advantage of the school system while their parents pay nothing in property tax, while their building pays nothing in property tax. That $40 million is starting to look like it’s just a drop in the bucket as to how much it’s going to cost Mount Vernon for this single PILOT.

You have to understand; city government is a zero-sum game. If you deprive the City of revenue from taxes, you limit its ability to provide services. Those little things that you notice that make your city seem just that much less attractive? Those are quality of life issues. Litter, potholes, broken windows, dim streetlights, unreadable signs, sewer leaks, zombie homes, all of it. They don’t go away on their own. The City needs to fix them. But it can’t do it if it is deprived of funds. No one would suggest we should stop paying police officers and fire fighters, so they’re the priority. Once that’s done, and the rest of the priority city bills are paid, there’s nothing left to address these quality of life problems.

It’s not an exaggeration to say that these PILOTs are stealing from Mount Vernon. They’re not only ensuring that taxpayers have to bear an ever-increasing share of responsibility every year, reducing property values city-wide, but they’re also consuming resources at the same time without paying for them. They are dividing our City, sucking money from departments that fix those potholes, clean up the litter, reduce the hidden dangers to children, and fix the sewer system.

The Mayor keeps talking about needing funds to fix the sewers or to fix Memorial Field or to do this or that. But he omits a key fact: he already gave away that money. What he’s really asking is for you to spend more of your money so that his developer pals can get rich off these irresponsible PILOT programs.

This is what failed leadership looks like. This is the cost of incompetence and corruption. This is how irresponsible development reduces your City’s quality of life. It’s just shameless. We shouldn’t have to take it anymore. 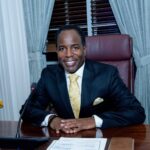 COMMON-SENSE GOVERNMENT – HOW TO PLAN FOR MOUNT VERNON’S SUCCESS 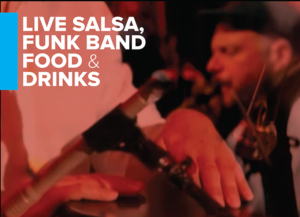 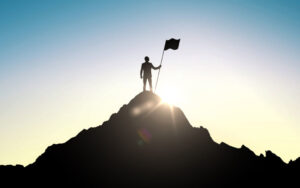 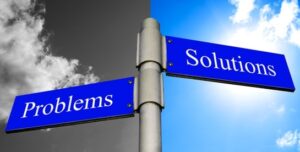