Time to Stop the “Takers” from Fleecing Our City

I’m going to be outlining this topic in more detail in another 3-part series over the next few weeks, but I wanted to give you a quick preview of a discussion on a very important topic affecting every taxpayer in Mount Vernon.

This series will introduce many of you to a concept you may not be familiar with: Payment in Lieu of Taxes (called PILOTs or PILOT programs). These programs are made in conjunction with local “industrial development agencies” which are authorized by State law to provide tax breaks for developers who want to build in a city. Generally speaking, they donate some amount to the local development agency and, in return, they receive huge tax breaks, which can last for decades.

Two residential projects which have been approved by Mount Vernon’s Industrial Development Agency (IDA) in the last few years involve over $120 million in tax giveaways over the next FORTY years, meaning Mount Vernon’s taxpayers will be subsidizing these developments for the foreseeable future. These developments continue to use city services like police, fire, education, and sanitation, which are becoming dangerously inadequate and causing property taxes to double. These PILOT’s won’t contribute to the cost of those services. It’s just outrageous.

More concerning is that the “donations” made by the developers to the IDA in order to get these huge tax breaks are often poorly accounted for or, frankly, just missing. Like the Water Department, the IDA “black box” is overseen and run solely by the Mayor’s office, often through the Planning Commissioner, without the usual City Council oversight of other city agencies. The opportunity for abuse, kickbacks, and corruption is staggering.

What’s needed is a smarter approach. We need to end the gravy train these residential developers are on and re-embrace the original intent of the IDA – which is to encourage “industrial” (that is, commercial) development. Commercial development, unlike residential development, doesn’t consume nearly as many city resources (for example, a Target isn’t using the city’s schools but a high-rise apartment building is), provides ongoing jobs beyond the construction itself, and generates sales tax revenues for the city. So, even if there is some property tax reduction to encourage a retail store, that reduction is offset by other tax revenue – making a properly constructed PILOT actually beneficial to the city. Right now, the PILOTs that have been approved are fleecing Mount Vernon under the nose of the Mayor and our taxpayers.

We need to tell the “takers” that they’re no longer welcome in Mount Vernon and encourage responsible commercial development that will actually help our city grow. We need to conduct a full investigation into recent activities at the IDA, which very well may include the involvement of several candidates currently running for Mayor, and demand a full audit of the funds of that “black box” agency. The corruption has to stop, and we need these people to explain themselves and their decisions.

As Mayor, I will only allow responsible development that produces jobs with livable wages. I will seek development of businesses, which currently do not exist in our City. Businesses such as Hotels, Auto dealers, catering halls, shopping centers and movie theatres are very much needed in Mt Vernon. It’s time to stop trying to improve our skyline by killing our bottom line. 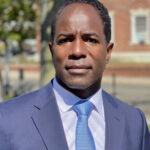 LOBBYIST AND ELECTED OFFICIALS A DISASTER IN THE MAKING 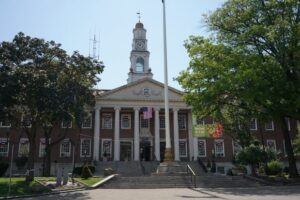 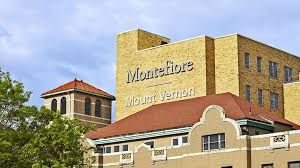